The Human Side of Healthcare: 47 Years Strong 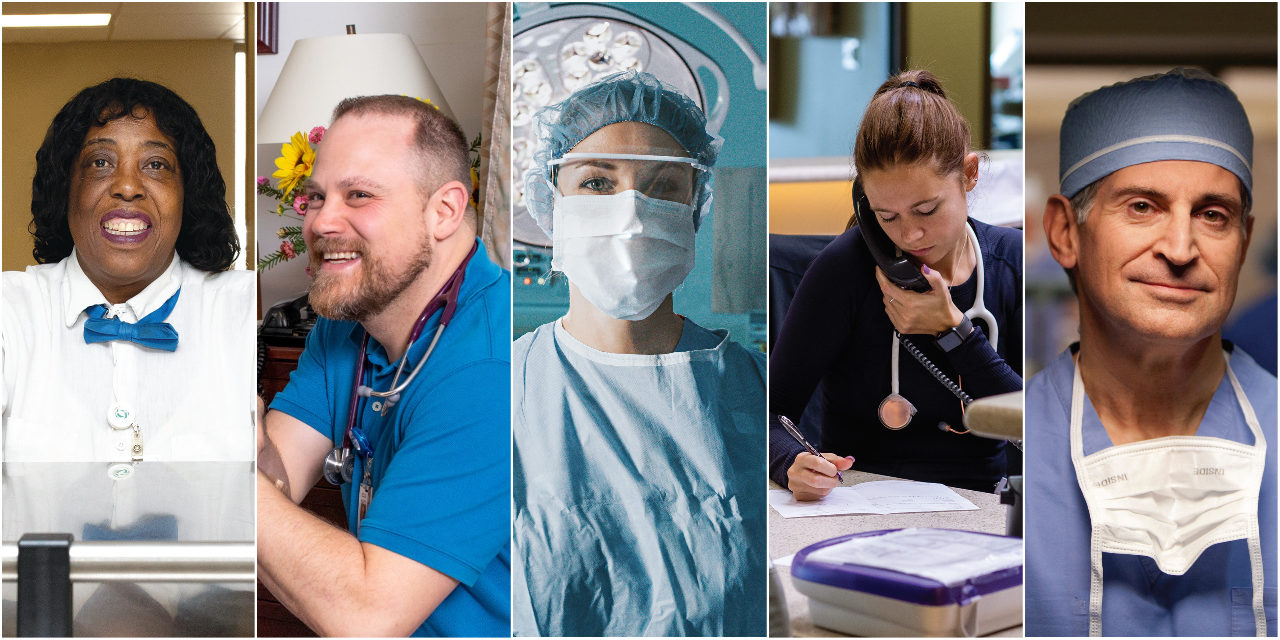 The year was 1974.  Gas was $.35 a gallon.  A dozen eggs were $.45.  President Richard Nixon resigned from office after the Watergate scandal. The “Rumble in the Jungle” between George Foreman and Muhammad Ali took place. And Ross (Russ) Toarmino began work as an orderly at Mount St. Mary’s Hospital.

“God gave me a job that I didn’t mind getting up for…I love my job,” Russ answered, when asked what he is most grateful for as he readies himself for retirement after 47 years of employment at Mount St. Mary’s Hospital.

Russ was in the Navy, and served his time as a Corpsman at a naval hospital in Philadelphia.  This would be the beginning of a long medical career. Russ reflects fondly on his years spent as an orderly, and again on his forty years as a Registered Nurse.

It wasn’t always part of the career plan; he hoped to be a firefighter.  After that career path didn’t work out, he knew he wanted job security, and also to make money doing something that could make a difference in other peoples’ lives.

While talking about his journey at Mount St. Mary’s, Russ rarely talks about himself.  Instead, he mentions many coworkers, past and present, who he credits with being mentors, and being like family to him. 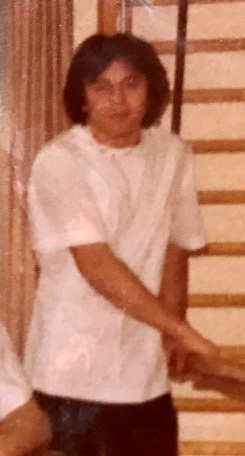 Betty Patterson was an RN that mentored him when he was an orderly, and a big reason he became a nurse. Jean Health, a nurse, and Sue Coe, a technician, helped him fall in love with orthopedics. Laura Martin, RN, his “work-wife,” has been an inspiration, and Cathy Mahar, RN has been a good friend through good times and bad.  Russ refers to his Operating Room coworkers as “family,” and says they are what he will miss the most about Mount St. Mary’s.

He has been a part of the OR since 1989, and feels like it is his home. One thing he doesn’t take for granted is the team atmosphere that they have, and that he considers imperative in the OR. “You must work as a team down here for the safety of all the patients,” he explained. “And it takes everyone for that to happen; housekeeping, technicians and certified technicians, sterile processing, circulating nurses, physician assistants, PACU nurses, aides, secretaries, anesthesiologists, Registered Nurse First Assistants (RNFAs), nurse anesthetists, and surgeons.”

Russ describes how his goal with every patient has been to take their worry away before they go in for surgery.  He has seen the fear in the eyes of patients, and talks them through it, sometimes with conversation, and at other times, with humor.  Either way, he feels he has done a good job for the patient and the OR team when the patient feels at ease in their hands.

When asked of his most memorable experience, Russ reflects on a memorable patient. The patient was in and out of the hospital often, and over the years, he and Russ formed a very strong bond.  He always requested Russ, and Russ was always there to be by the patient’s side, cheering him up and providing great patient care. The patient, however, had many health issues, and passed away. The connection with him was so meaningful, for not only Russ, but also for the patient’s family, that Russ was a pallbearer at the funeral.  It is clear that the positive impact Russ had on the patient was a mutual feeling. 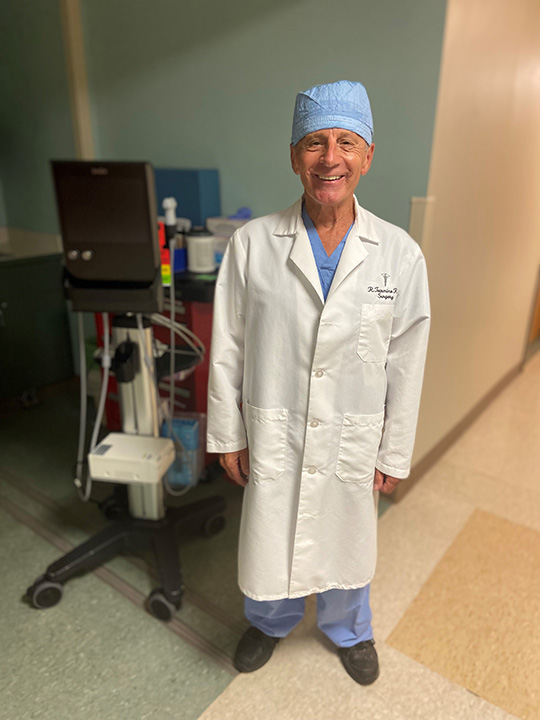 Patients and coworkers aren’t the only ones who Russ reflects on at this special time in his life; he references his mother, Rose, who taught him his values, and that he should always treat others the way he wishes to be treated.  He speaks proudly of his two greatest achievements: his daughters.  Camille holds a Doctorate in Psychology and is a Data Scientist in Colorado.  Rachelle, who recently published her first book, is studying for her Master’s in Fine Arts at the University of Massachusetts.

In retirement, Russ plans on spending a lot of time outdoors golfing, hunting, fishing, and traveling. For now, though, he looks forward to his last case on his last day, a “Trumatch Knee Replacement” case, a case he specifically requested because of his love of orthopedics.  Rest assured, that will be one comfortable patient, at ease in the OR because of the vast experience and compassion of a dedicated RN.

In the words of Russ’s idol, Mohammad Ali, “Don’t count the days, make the days count.” Well done, Russ.  Congratulations on your retirement! 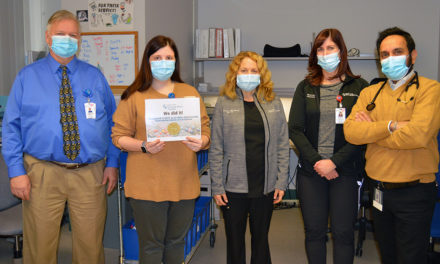 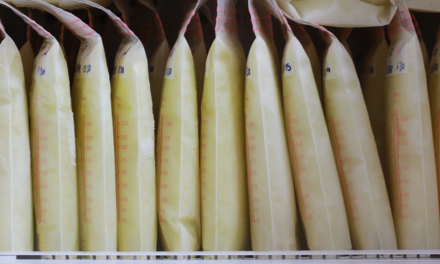 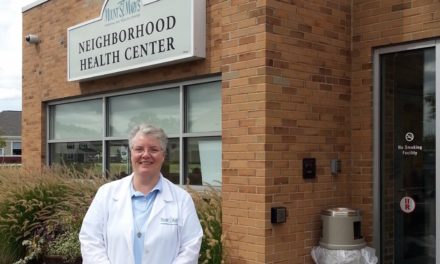 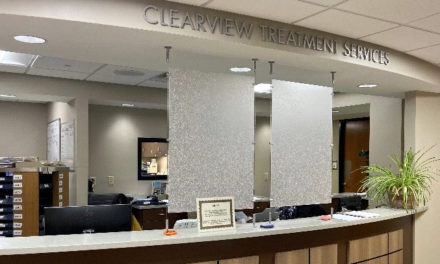